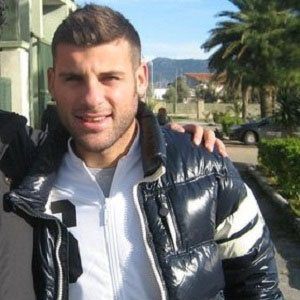 Soccer midfielder who has represented his native Italy at tournaments like the UEFA Euro 2012 and 2008 Summer Olympics. He has also played for several Serie A. clubs, including US Citta di Palermo and AC Milan.

He began playing for the Juventus Youth Academy at age thirteen.

He was hospitalized after being hit by a car in September 2007 but made a full recovery.

He married Federica Nocerino in 2010 and has children named Cecilia and Francesco.

He played with Giuseppe Rossi on the Italian squad at the 2008 Summer Olympics.

Antonio Nocerino Is A Member Of