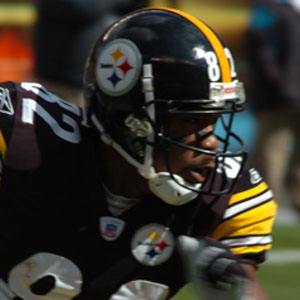 He played quarterback at Indiana University, where he broke the rookie record for total offense in a single game.

He had his best professional season in 2005, when he was named an All-Pro; it was also his last season with the Pittsburgh Steelers before signing with the Washington Redskins for the 2006 season.

He grew up with two brothers, Curtis and Marcus, and fathered five children, Eden, Ciara, Aunna, Arynn, and Alexa.

He was teammates with veteran quarterback Mark Brunell from 2006 to 2007 while with the Redskins.

Antwaan Randle El Is A Member Of