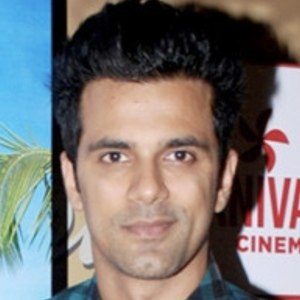 Indian actor who is known for his roles in both film and television. He is best recognized for having starred in the Sony TV series Chhanchhan as Manav Borisagar and for starring in the 2013 feature film Haani as Harman.

He studied method acting from the Lee Strasberg Theater and Film Institute. He began his career after appearing in the MTV Roadies reality series. He then made his feature film debut in 2007 in Delhii Heights and earned further recognition with a recurring role on the series Sabki Laadli Bebo.

He is known for having trained in martial arts for several years and earned his brown belt in Taekwondo.

He was born and raised in Delhi and began working with his father in the shoe manufacturing business.

He starred alongside Rupan Bal and Harbhajan Mann in the 2013 feature film Haani.

Anuj Sachdeva Is A Member Of