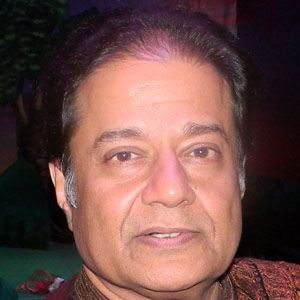 Hindu devotional singer known to his fans as "Bhajan Samraat" ("Emperor of Bhajans" in English). He was also the host of the show Dharam Aur Hum from 2002 to 2005.

He got his start as a singer at All India Radio.

He received the prestigious Padma Shri civilian award by the Indian government in the category of Art-Indian Classical Music-Vocal in 2012.

He and popular Bollywood playback singer Kumar Sanu are both recipients of the Padma Shri.

Anup Jalota Is A Member Of