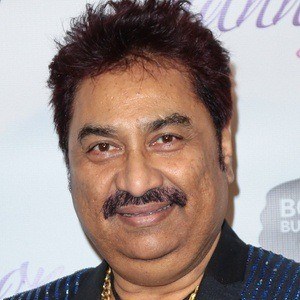 One of the premiere playback singers in Bollywood cinema and who was given the Padma Shri Award by the Indian government.

He began singing at restaurants around Calcutta in 1979.

He won the the Filmfare Best Male Playback Singer Award five consecutive years, from 1990 to 1994.

His father Pashupati Bhattacharya was a composer. His daughter is pop singer Shannon K.

He and actor Akshay Kumar have both been given the Padma Shri Award for their contributions to the arts.

Kumar Sanu Is A Member Of