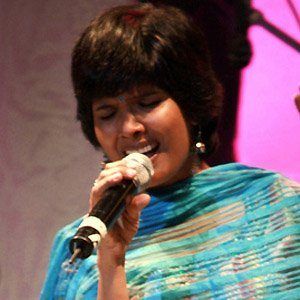 She first sang in Tamil films when she was just ten years old. She later earned an advanced degree in ethnomusicology from Wesleyan University in Connecticut, U.S.A.

She frequently performed the music of Academy Award-winning film composer A.R. Rahman. Rahman, in fact, was the first person in the film industry to discover her talent.

Anuradha Sriram Is A Member Of