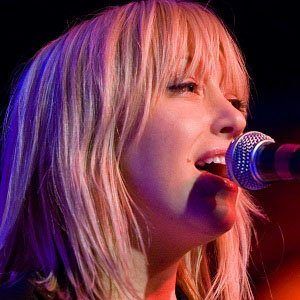 Notable for her studio albums Miss Halfway (2005), Slow & Steady Seduction: Phase II (2009), Felony Flats (2012), and Paper Plane (2015), this indie rock vocalist is also well known for her songs "Satellite Heart" and "Watch Out!", which were featured, respectively, on the soundtracks of Twilight Saga: New Moon and Mob Wives.

After training at the American Academy of Dramatic Arts (AADA) and at the British American Drama Academy (BADA) and subsequently earning a bachelor's degree in linguistics from Santa Clara University, she worked for two San Diego radio stations and was featured on The Howard Stern Show.

In 2014, she began co-hosting the We Know Nothing comedy podcast with Nikki Glaser and Phil Hanley.

Shortly after releasing her debut album, the then-still-unsigned singer was invited to open for singer-songwriters Jason Mraz and Juliana Hatfield.

Anya Marina Is A Member Of