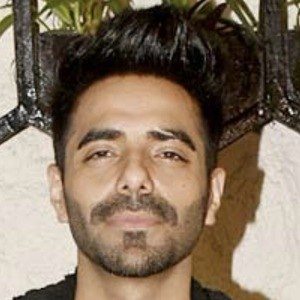 TV show host who hosted Super Night with Tubelight in 2017 on Sony TV. He has over 1.2 million followers on his aparshakti_khurana Instagram account.

He started his career working as a radio jockey for Big FM Delhi.

He won Screen Award for Best Male Debut in 2017 for Dangal.

He married Akriti Khurana in 2014.

He and Shamita Shetty both acted in the web series Yo Ke Hua Bro.

Aparshakti Khurana Is A Member Of