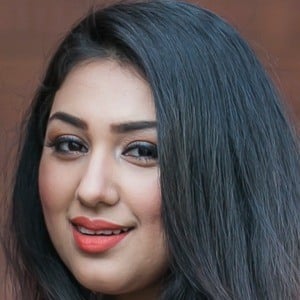 Bangladeshi actress who became one of the biggest names in Dhallywood with her roles in box office hits like 2006's Koti Takar Kabin and 2007's Dadima. She has received Best Actress honors at ceremonies including the Glamour Awards, BCRA Awards and Ifad Film Club Awards among others.

She was born in the town of Bogra and studied dancing at Bulbul Lolitokola Academy as a child.

She appeared in the music video for "Hridoy Jekhane" in 2008.

She is one of four children born to her parents Upendro and Shefali.

She co-starred with actor Shakib Khan in the romantic comedy Koti Takar Kabin.

Apu Biswas Is A Member Of