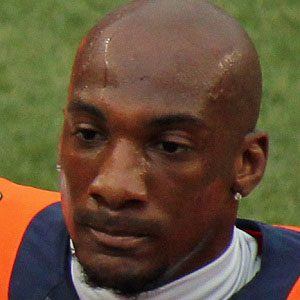 Dominant NFL cornerback who was named 2010 Defensive Back of the Year with the Tampa Bay Buccaneers. He joined the Denver Broncos in 2014 and helped lead the team to victory in Super Bowl 50.

He was a Unanimous All-American in 2007 while playing for the University of Texas.

He was traded to the New England Patriots during the 2012 season after disagreements with his head coach.

He was born in Cleveland, Ohio in 1986 and grew up with three older siblings, including his sister Saran.

He returned an interception for a touchdown against rookie quarterback Andrew Luck in 2012.

Aqib Talib Is A Member Of