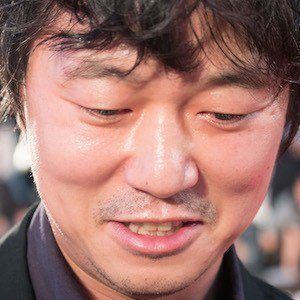 Third-generation Zainichi Korean actor who starred in Toshiaki Toyoda's Blue Spring in 2001, which won a Takasaki Film Festival Award. In 2012, he played Masaaki Akahori in The Samurai That Night.

He was born with the name, Kyung-Sik Park and has Korean and Japanese descendants.

He became a South Korean citizen in 2005.

He started a longterm relationship with singer Miu Sakamoto in 2006.

One of his fellow Korean film actors is John Cho.

Arai Hirofumi Is A Member Of