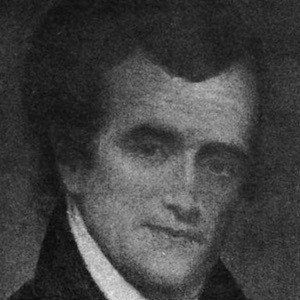 American religious leader who was a Presbyterian theologian and served for 9 years as the President of Virginia's Hampden-Sydney College and for 27 years as Princeton Theological Seminary's first principal from 1812 until 1840.

He became a tutor at the age of seventeen and worked with the family of General John Posey, of The Wilderness.

He delivered an alumni address at Washington College in 1843 and it became one of his publications.

He married Janetta Waddel in 1802 and they had three sons.

Like him, T.D. Jakes is a religious leader from Virginia.

Archibald Alexander Is A Member Of