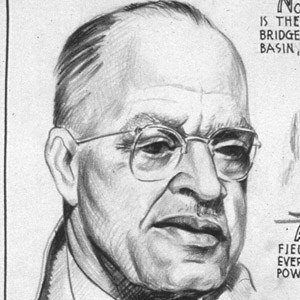 Mathematician and engineer who was the first graduate of the University of Iowa's College of Engineering.

He started out at Des Moines College, where he attempted to join the school's all-white football team. Unfortunately, he wasn't admitted.

He was awarded an honorary Doctor of Engineering from Howard University in 1946.

He was brought up in Ottumwa, Iowa.

He and football player Nile Kinnick were both graduates of the University of Iowa.

Archie Alexander Is A Member Of