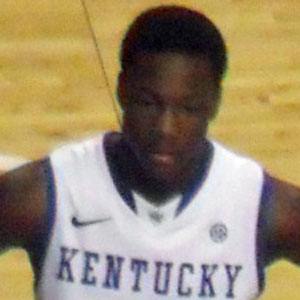 NBA guard who was selected 29th overall by the Phoenix Suns in the 2013 NBA Draft.

In 2012, he led Sylvan Hills High School to its first Arkansas state championship.

He spent one season at the University of Kentucky, leading the team in scoring with 14.1 points per game.

He played one season for John Calipari at the University of Kentucky.

Archie Goodwin Is A Member Of