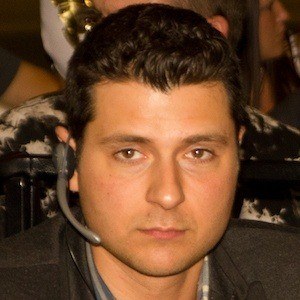 Sportscaster who began hosting WWE Bottom Line and WWE Experience under the stage name Kyle Edwards in 2014. He was previously the host of Aftermath TV and was a play-by-play announcer for OHL hockey, IBL baseball and other leagues.

He attended the University of Waterloo and got his start in wrestling as a ring announcer for the independent promotion Maximum Pro Wrestling.

He won the Wrestling Radio Award for Host of the Year for his work on Aftermath TV in 2012.

His parents are from Turkey.

He interviewed a variety of wrestling superstars on Aftermath TV, including Bret Hart.

Arda Ocal Is A Member Of