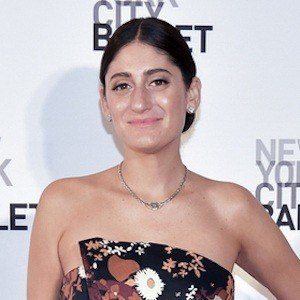 With a passion for film, she attended New York University where she studied film. She went on to direct her first film in 2006.

She has been interviewed and featured in a variety of different press outlets including in Vogue Magazine and W Magazine.

She married Jonah Freeman in May of 2014.

She starred as an actress in Adam Green's film adaptation of Aladdin.

Arden Wohl Is A Member Of