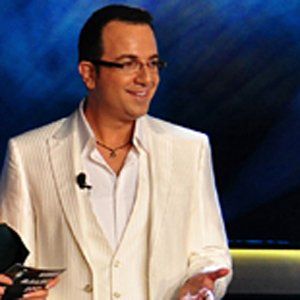 Singer who found acclaim in 1997 releasing Projekt Jon, the best-selling album in Albania. He hosted TeleBingo and the 1996 Miss Europe Contest. He is perhaps best known for hosting Albanian Sunday.

He had a career breakthrough in 1991 when he won the Festivali i Këngës në RTSH prize with his song "Jon." He later won the same contest in 1995 with his song "Eja."

He was born in Tirana, Albania where he participated in Children's Festivals growing up.

Ardit Gjebrea Is A Member Of