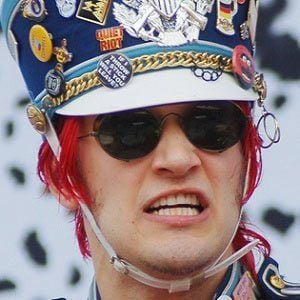 Famous as the drummer of the Pennsylvania-based rock band Halestorm, Hale, along with his bandmates, won a hard rock Grammy Award for the 2012 single "Love Bites (So Do I)" and released three studio albums between 2009 and 2015: Halestorm, The Strange Case Of..., and Into the Wild Life.

He and his singer and guitarist sister, Elizabeth "Lzzy" Hale, released their first EP, Don't Mess With the Time Man, in 1999, when Arejay was eleven and Lzzy was fifteen. The siblings, performing as Halestorm, signed with Atlantic Records in 2005 and recorded an EP titled One and Done.

He and Korn musician Ray Luzier are both hard rock drummers from Pennsylvania.

Arejay Hale Is A Member Of