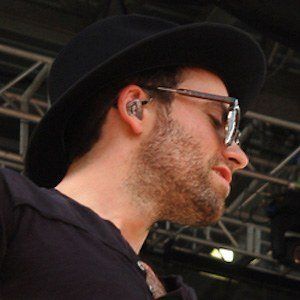 Bass guitarist, keyboardist and backing vocalist for the rock band Halestorm. The group won a Grammy for Best Hard Rock/Metal Performance in 2013 for their single "Love Bites (So Do I)" from their second album The Strange Case Of...

He performed with Halestorm while touring with other bands such as Chevelle, Seether, Papa Roach, Three Days Grace, Sevenfold, Evanescence and many others.

He was born in Willow Grove, PA.

He joined Halestorm a year after Joe Hottinger became a member of the band as their lead guitarist.

Josh Smith Is A Member Of