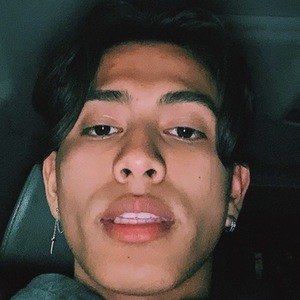 Short form video star who has risen to fame for his arellius TikTok channel. He has gained more than 5 million likes for his text-in-video lip syncs, memes, and comedic scenes often about relationships.

He is of Cambodian, Mexican and Spanish descent.

He created a comedic sketch on TikTok set to Jason Derulo's song "In My Head."

Arellius Medina Is A Member Of