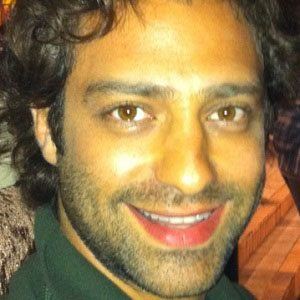 Mexican singer and songwriter. He was a founding member of OV7, a popular Latin pop band that released such hit songs as "No Me Voy" and "Shake Shake."

An actor as well as a singer, he appeared in both films and telenovelas.

He was born in Mexico City to a Costa Rican mother and a Mexican father. He wed Arlett Kalach in 2010.

He and fellow Mexican artist Pedro Fernandez both had successful careers as singers and actors.

Ari Borovoy Is A Member Of