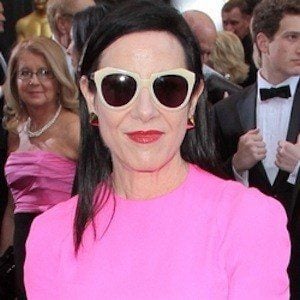 American costume designer known for her work with Madonna. She's also worked on the sets of more than 20 films.

Her first major work was for Lenny Kravitz, working as his stylist for the album Let Love Rule. Her first work on a film occurred on Bail Jumper in 1990.

She's been nominated for two Oscars, a BAFTA Award, and a Tony.

She grew up in New York City.

One of her Oscar nominations came from her work on Walk the Line, which starred Joaquin Phoenix.

Arianne Phillips Is A Member Of