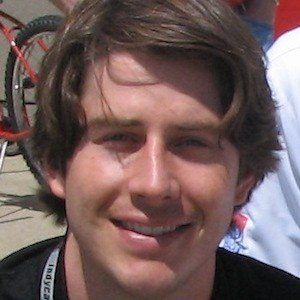 Indianapolis 500 starter and racing royalty known as the son of racer Arie Luyendyk. In 2017, he became the star of season 22 of ABC's The Bachelor. He previously was runner-up on the 8th season of The Bachelorette and went on to appear in an episode of Wipeout: Bachelors vs. Bachelorettes.

Following in his father's footsteps, he began racing carts in 1992 before joining the Sports Car Club of America at only sixteen.

He was voted Most Popular Driver in open wheel driving for four consecutive years.

He was born in 's-Hertogenbosch, Netherlands but has lived most of his life in the United States. His mother's name is Mieke. He became engaged to Bachelor contestant Lauren Burnham in March of 2018, and they tied the knot in January 2019. They welcomed a daughter named Alessi in 2019 and twins in June 2021. Together, they run the YouTube channel Lauren & Arie.

He became close friends with season eight Bachelorette co-star Sean Lowe and later visited him during the 17th season of The Bachelor.

Arie Luyendyk Jr. Is A Member Of