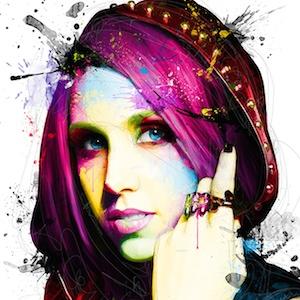 Lead singer of the alternative group Icon for Hire, which formed in 2007. Their self-titled record peaked at #5 on the iTunes Alternative chart.

She founded Icon For Hire in 2007 along with guitarist Shawn Jump and drummer Adam Kronshagen.

She was born in Sweden and moved to Minneapolis, Minnesota at the age of 6. She later moved to Decatur, Illinois where the band originated. She has been married to fellow Icon for Hire guitarist Shawn Jump.

Bassist Josh Kincheloe joined her in Icon for Hire in 2011.

Ariel Is A Member Of