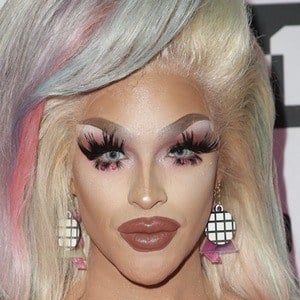 Also known by the stage name Bryan Neel, she is well known for her impersonation of Ariel from The Little Mermaid. As a drag queen competitor, she made top 3 in Philly Drag Wars Cycle 4 and went on to win Philly Drag Wars All Stars 2. In 2019, she joined season 11 of RuPaul's Drag Race.

She is the self-proclaimed New Jersey's life sized BRATZ Doll. She would publish makeup transformation videos to her ArielVersace YouTube channel.

She would be based out of Philadelphia, Pennsylvania, but is from Cherry Hill, New Jersey.

Ariel Versace Is A Member Of