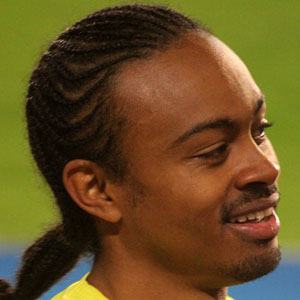 Gold medal-winning track and field athlete who set a world record in the 2012 London Olympics when he won the 110 meters hurdles.

He was a seven-time All-American in college.

He broke the previous world record in 110-meter hurdles by .07 seconds, a huge margin, at the final hurdles event of the 2012 games.

He grew up in Chicago, Illinois.

He and Sally Pearson both competed in hurdles at the 2012 Games.

Aries Merritt Is A Member Of