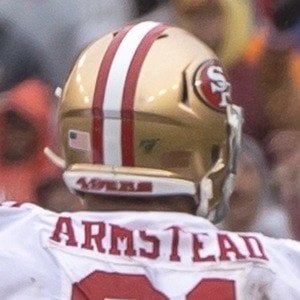 Defensive lineman who debuted as a member of the Oregon Ducks in 2012. As a high school player at Pleasant Grove, he was named to the 2012 Parade All-America team. In 2015, he was selected 17th overall in the NFL Draft by the San Francisco 49ers.

He played on both the offensive and defensive line at Pleasant Grove.

He played on the University of Oregon basketball team during the football team's off-season in 2012.

His parents are Guss and Christa Armstead. He has a brother and a sister.

He and Kiko Alonso both became star defensive players at the University of Oregon.

Arik Armstead Is A Member Of