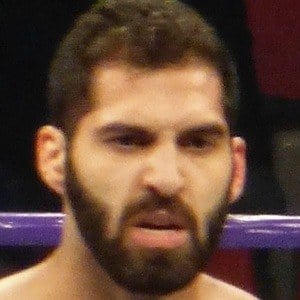 Cruiserweight wrestler who is widely known for his time in performing for WWE's Monday Night Raw TV show. He debuted for the company in October 2016 in a Raw pre-show taping.

In 2016, he was ranked #280 in Professional Wrestling Illustrated's list of the top 500 singles wrestlers.

His older brother Shawn is also a professional wrestler widely known as Daivari.

He was trained in the style of professional wrestling after high school by WWE star Shelton Benjamin.

Ariya Daivari Is A Member Of