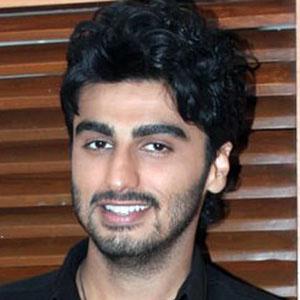 Actor best known for his appearances in hit films No Entry and Wanted. His debut film, Ishaqzaade, was praised as a super hit by the officials at Box Office India. He is also a director and has directed several Bollywood films.

He learned the art of filmmaking by accompanying his father onto the sets, and decided to devote himself to the business full time after graduating high school.

After working on several Karan Johar productions, he returned home to produce and act in his father's film, No Entry, and made his own successful debut with Yashraj's Ishaqzaade.

In addition to his father, Boney Kapoor, his mother Mona Shourie and his uncles Anil and Sanjay were involved in film productions. He has three siblings, Janhvi, Khushi and Anshula.

He was cast to star in the movie 2 States opposite Alia Bhatt.

Arjun Kapoor Is A Member Of