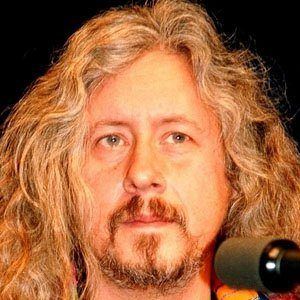 Son of Woody Guthrie who sang "Alice's Restaurant Massacree" in 1966. His song "Massachusetts" was so well-received in his home state that it became the state song.

He received musical instruction from his Bar Mitzvah rabbi. He enrolled at Rocky Mountain College in 1965 but did not graduate.

He is a registered Republican but many of his folk songs express anti-war, pro-drugs, anti-Nixon, and other sentiments considered liberal.

He married Jackie Guthrie on October 9, 1969 and they had four children together before Jackie passed away in 2012.

He has performed with Emmylou Harris.

Arlo Guthrie Is A Member Of