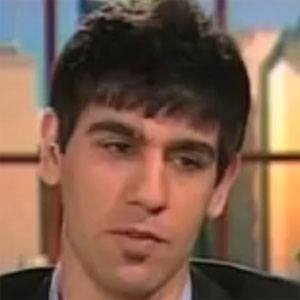 Iranian power forward drafted by the NBA to the Washington Wizards and the Philadelphia 76ers.

He served as captain of the Iranian under-18 team before playing college basketball at both Rice University and the University of Oregon.

He was awarded an NCAA hardship waiver to transfer his college team membership from Rice to Oregon without an on-court waiting period, on account of his allegation of a hostile and discriminatory environment at Rice.

His family lived in Isfahan, Iran at the time of his birth.

He and Hamed Haddadi were the first two Iranian basketball players in the NBA.

Arsalan Kazemi Is A Member Of