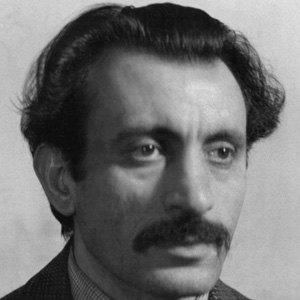 Armenian-American painter who influenced Abstract Expressionism and whose work was informed by the Armenian Genocide.

He fled Armenia with his mother and later enrolled at Boston's New School of Design.

His paintings were known for their spontaneity as seen in such works as "The Liver is the Cock's Comb" from 1944, "One Year the Milkweed" from 1944, and "The Betrothal II" from 1947.

His birth name was Vosdanig Manoug Adoian. Out of admiration for Maxim Gorky, he adopted the famous author's last name and even told people that he was the more famous Gorky's relative. He married at age thirty-one and had several children.

He was a contemporary of Mark Rothko.

Arshile Gorky Is A Member Of