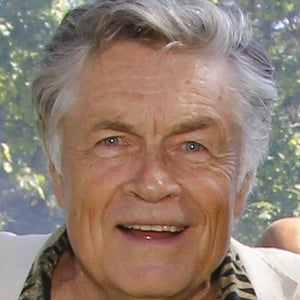 Canadian film and television actor who starred in The Proud Rider and appeared in MacGyver. He also played roles in Porky's, Full Out and 21 Jump Street.

He studied acting at the Eli Rill workshop and focused on method acting.

He was both the starring actor and director of the television series, Paradise Falls.

He married Brooke Hindle in 2004 and the couple had eight children together.