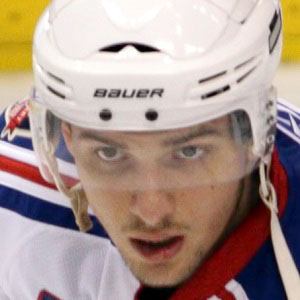 Speedy Russian center who was selected 54th overall in the 2006 NHL Draft by the New York Rangers. He spent four years with the Rangers and three years with the Columbus Blue Jackets before a 2015 trade sent him to the Chicago Blackhawks.

He played his junior hockey with Lokomotiv Yaroslavl, starting in 2004, and debuted in the United States with the AHL's Hartford Wolf Pack in 2007.

He was a member of the Russian Team that finished in fifth place at the 2014 Winter Olympics.

He was born in Yaroslavl, Soviet Union.

He was part of a 7-player trade in 2015 that sent star winger Brandon Saad from Chicago to Columbus.

Artem Anisimov Is A Member Of