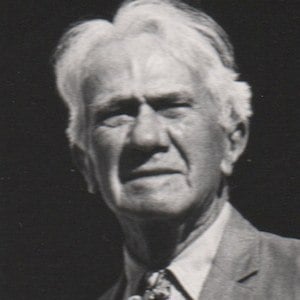 Artist and historian known for his political cartoons and his sketches of western and cowboy life. He painted more than 160 of the covers that graced Western pulp magazines.

He studied at the Grand Central School of Art in New York City with the famed Harvey Dunn.

He was honored in 1981 by the opening of the A.R. Mitchell Museum of Western Art.

He was born in Colorado on his father's homestead near Trinidad in Las Animas County and returned to the state prior to his death. He never married.

He was born in the same year as fellow artist Clifton Webb.

Arthur Roy Mitchell Is A Member Of