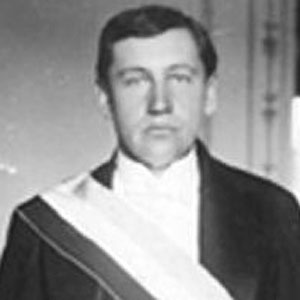 Reformer who served as Chile's President from 1920 to 1925 and then again from 1932 to 1938. He notably created a new constitution as well as a Central Bank for the country.

He graduated from the University of Chile in 1893 before joining the Liberal Party, and assuming the position of representative of Curicó.

He took a six-month leave of absence while president, which he spent in Italy due to political unrest.

He married after completing his law studies and had nine children.

His son Jorge Alessandri also served as President of Chile.

Arturo Alessandri Is A Member Of