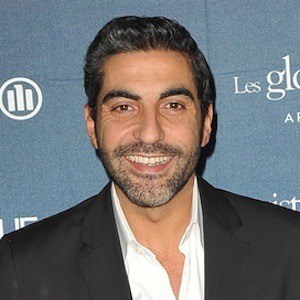 Movie actor who is best known for the 2014 French comedy Serial (Bad) Weddings. He has 700,000 followers on his aryabittan Instagram account.

He became a taxi driver at 19 to fund his acting classes.

He returned to the stage in 2017 with My Story.

His children are Romy, Lena, and Netty.

He and Leonardo DiCaprio are both movie actors born in 1974.

Ary Abittan Is A Member Of