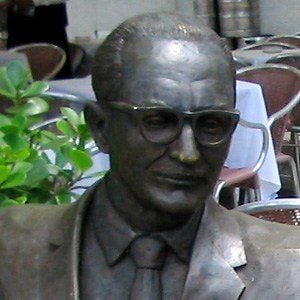 Samba composer who wrote the now-iconic Aquarela do Brasil and many of Brazil's most enduring songs.

His parents died of tuberculosis when he was a child, and his aunt and grandmother adopted him and taught him piano.

He started his musical career with the 1939 Aquarela do Brasil, which was used in the 1942 Disney film Saludos Amigos and was covered by countless artists.

He was also a humorist, a reporter, and soccer commentator.

He penned much of Carmen Miranda's musical oeuvre.

Ary Barroso Is A Member Of