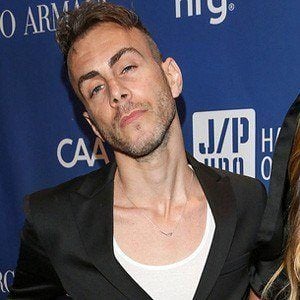 Israeli singer-songwriter known for being the frontman for the folk rock group Asaf Avidan & the Mojos. He has also had a successful solo career.

He studied animation at the Bezalel Academy of Arts & Design after his mandatory Israeli army service.

His 2008 album with the Mojos, The Reckoning, shot to #1 on the Israeli music charts.

Both his parents worked as diplomats for the Israeli Foreign Office.

His song Weak was used as the theme song for the 2010 film L'Arbre, which starred Charlotte Gainsbourg.

Asaf Avidan Is A Member Of