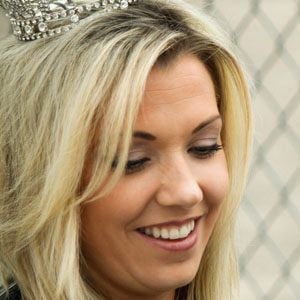 After being crowned Miss Michigan 2008, this Midwestern model was a Top Ten finalist in the 2009 Miss America pageant. She also worked as a traffic reporter for an NBC-affiliated station in Detroit, Michigan.

After graduating from John Glenn High School in Westland, Michigan, she enrolled at the University of Michigan. Before becoming Miss Michigan, she held the 2003 title of Michigan's Junior Miss.

She presented choreographed jazz dances for the talent portions of her pageant appearances.

As a result of her mother's struggle with breast cancer, she made breast cancer awareness her pageant platform.

She and Miss America 1988, Kaye Lani Rafko, both won the Miss Michigan title.

Ashlee Baracy Is A Member Of