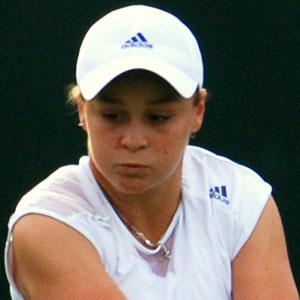 Right-handed player who made the finals in three of the four Grand Slams in 2013 as a doubles player. She went on to win singles titles at the French Open in 2019 and at Wimbledon in 2021.

She won the 2011 Junior Wimbledon Championship.

In 2013 she was a member of Australia's Fed Cup team, despite being just 16 years old.

She grew up in Ipswich, Queensland, Australia.

Primarily a doubles player, she broke onto the singles scene with a 6-0, 6-3 victory over Francesca Schiavone in 2013.

Ashleigh Barty Is A Member Of