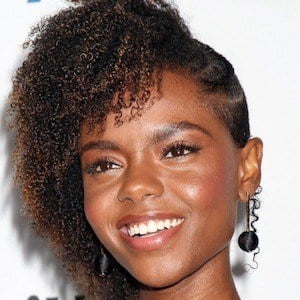 Actress and singer who landed a starring role as Josie McCoy, lead singer of Josie and the Pussycats, on The CW series Riverdale and on its spin-off Katy Keene. She starred in the title role of Deidra for the Netflix-produced Sundance film Deidra & Laney Rob a Train.

While living with her aunt in Oakland, California for two years, she studied piano, jazz, and hip hop.

She starred in an off-Broadway production of Child of the Movement while a student at the New York Conservatory for Dramatic Arts.

Her middle name is Monique. Born in Kansas City, Missouri, she would live in Oakland and New York City as well during her upbringing.

She and Rachel Crow portrayed the title characters in Deidra & Laney Rob a Train.

Ashleigh Murray Is A Member Of