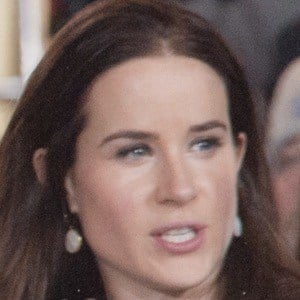 Activist who is best known as the youngest daughter to the 46th President of the United States Joe Biden.

In 2014, she became executive director of the Delaware Center for Justice.

She founded the clothing company, Livelihood, that donates its proceeds to charitable organizations.

She married Dr. Howard Krein in 2012. She has two older brothers named Hunter and Beau Biden. Her mother Jill Biden became First Lady of the United States in January 2021.

Her father served as the Vice President to Barack Obama.

Ashley Biden Is A Member Of