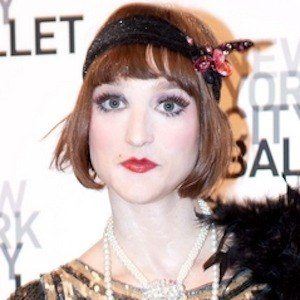 American ballet dancer known for her time with the New York City Ballet, which she joined in 2000. She was promoted to principal dancer in 2005.

She started dancing ballet when she was six years old and later attended the School of American Ballet.

She has a daughter with her husband, Peter de Florio.

She and Sara Mearns have both served as principal dancers in the New York City Ballet.

Ashley Bouder Is A Member Of