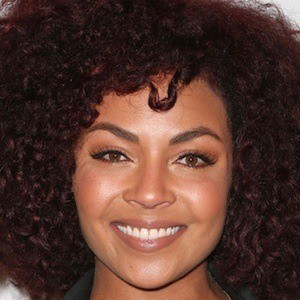 Most well known as the singer Beyonce's dance captain, Everett was one of the featured performers in the hit "Single Ladies (Put a Ring on It)" music video.

After performing with New York City's renowned Alvin Ailey American Dance Theater, she turned down an offer to train at the Juilliard School in order to join the 2007 Beyonce Experience Tour.

In 2015, she became a Season Three cast member of VH1's Hit the Floor.

The child of a Caucasian father and an African-American mother, she spent her youth in Chico, California, and later relocated to Los Angeles.

Ashley Everett Is A Member Of