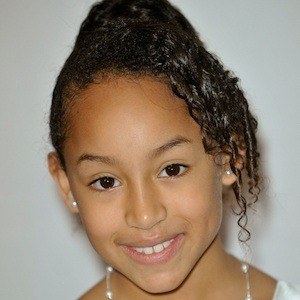 Pop singer and performer, actress, reality television contestant, and model, her first original single "Medicine" was release on iTunes in 2015.

She first gained prominence for competing on the 2011-2012 season of The Hub's Majors & Minors, a singing competition geared toward and starring tweens.

She played Caroline in Tyler Perry's television show Love Thy Neighbor in 2014.

She has a dog named Sammy.

She worked with R&B singer and actress, Brandy, during her time on Majors & Minors.

Ashley Nicole Greene Is A Member Of