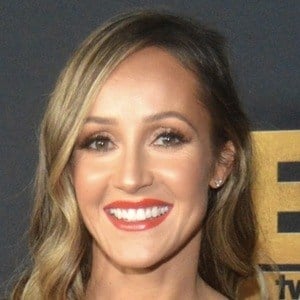 Reality star first known for appearing on season 15 of The Bachelor. She later starred in season 7 of The Bachelorette, where she met winner J.P. Rosenbaum.

By the time she began appearing on The Bachelor, she had already earned her B.S. in Biology and begun her Doctorate in Dental Medicine.

An avid dancer and a dedicated student, she competed in pageants for Junior Miss Maine.

She grew up in Madawaska, Maine. She married Bachelorette winner J.P. Rosenbaum. The couple has two children, a son named Ford and a daughter named Essex.

She competed for the heart of Brad Womack in season 15 of The Bachelor.

Ashley Hebert Is A Member Of