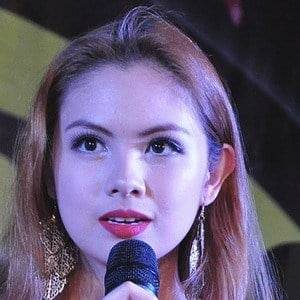 YouTube comedian best known for her parody character Petra Mahalimuyak. While in character, she posts vlogs and how-tos on her channel, which has attracted more than 160,000 subscribers.

She began perfecting the Filipino accent that she uses for Petra at the age of twelve.

Many of her most popular videos, including "How To Get Abs In 1 min.," have gained more than a million views since being posted.

Though she was born in Los Angeles, California, she is Filipino with traces of Spanish and Chinese ancestry. She has an older sister and a younger brother.