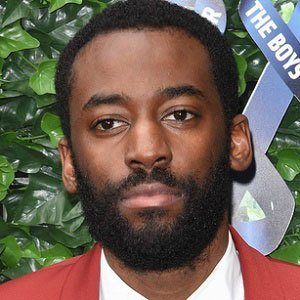 Musician and actor who released his debut album Catch Me if You Can in June 2009.

He studied theater at the BRIT School of Performing Arts, the alma mater of Adele and Jessie J.

In addition to his music career, he made his television debut as Judge Wraith in the Channel 4 series Black Mirror.

He was born Ashley Thomas in Hammersmith, West London. He is of Dominican and Ghanaian descent.

He played opposite Peter Mullan and David Harewood in the 2012 film The Man Inside.

Bashy Is A Member Of