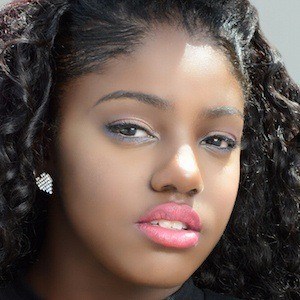 Singer and songwriter who is known for her debut single, "Turn Up." She released it in 2014. In 2012, she won Atlanta's Hottest Future Superstar under-18 award.

She began singing at age 6 for crowds. She often performed for family and neighbors.

In 2013, she won the King Ryan Music Showcase, wherein she was the only teen artist performing. In 2015, she performed at the Atlanta Peach Drop on New Years' Eve to celebrate the new year.

She was born and raised in Yulee, Florida.

She has stated that her three largest musical influences have been Christina Aguilera, Beyonce, and Rihanna.

Asia Nicole Is A Member Of